History of the College Grading Scale

The earliest form of grading was exit exams for degrees, as seen as early as 1646 at Harvard. The first college grading scale surfaced in 1785 when Yale created a grade scale of four descriptive adjectives: Optimi, Second Optimi, Inferiores, Perjores. Over the next century, Yale refined its grading system to numerical points measured from 0 to 4, with a 2 serving as a passing mark. However, the grades were kept secret from students to minimize competition among students. 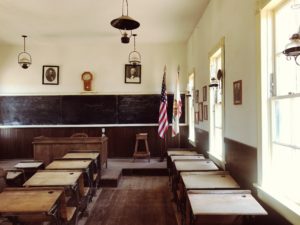 Yale was not the only university to create a college grading scale. William and Mary had a system dating to 1813 that shows a variety of attempts to evaluate and grade students. They used labels such as “first in respective class,” “orderly, correct, and attentive,” and the dreaded “little or nothing…on the account of excessive idleness.” With many of our oldest and most noted universities founded by religious orders, some schools provided grades only if students attended church services too.

The first numerical scale at Harvard was employed in 1830 and used a grade scale of 20. In 1837 at Harvard, math and philosophy professors applied a range of 100.

By the end of the Civil War, grades were a normal part of education throughout the United States. Grading moved from a more individualized, holistic approach (e.g., behavior) to a more standardized, objective, and scale-based approach to reporting student abilities. In the early 1900’s, a researcher noticed that, like other biological traits, aptitude levels followed a normal distribution–a curve as it were. This approach did not take a firm hold due to concerns that classroom performance was different than aptitude, and therefore may not be normally distributed.

Around the 1940’s, the “A” through ”F” system became the standard through the United States. The letter grades were anchored around a 100 point system with an “A” being work between 90 and 100, and “B” between 80 and 89, and so on. As the system took hold, the objective scale contributed to the higher numbers of women and minorities competing for spots in college. 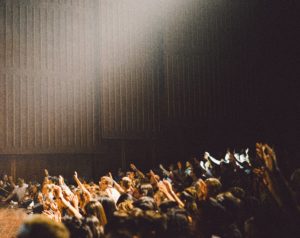 Devised to streamline and provide objectivity, the letter grades we use throughout the United States are not without problems; just ask any student or faculty member. As with any formal reporting system, participants modify behavior to achieve “the ends” (i.e., letter grades) rather than focus on “the means” (i.e., learning). As discussed in the History of Grading in the United States, the letter grading system has some unintended consequences.

Letter grades matter. Students worry about grades as a signal of worth and identity. Despite a teacher’s good intentions, letter grades have serious ramifications in a student’s life. High schoolers worry about achieving near perfect grades to attend a university. Students often forgo extracurricular activities (e.g., band or a sport) to obtain a coveted 4+ GPA. And, sadly, that’s what it takes to gain admittance to some highly selective universities.

The importance of letter grades continues through undergrad, as students need high marks to declare into certain majors, attain scholarships, or entrance to graduate school. Appointment to a Dean’s List, based on grades, may help a student bargain for a prized employment position out of college. Grades become chips in the poker game of student life. As with poker, your stack of chips is all too visible.

One problem with letter grades is that it discourages the pursuit of learning. Students seek the professor that provides the easy “A.” Sites like Rate My Professor are “required reading” before students register for classes. Ideally, students searching through Rate My Professor would be looking for signals of good teaching, but many of the student comments focus on the course grading scale. Accordingly, students flock to teachers that have positive grading reviews. Some coursework is challenging (e.g., physics). Because of the importance of grades, students shy away from majors and coursework for fear of not getting an “A.” Students avoid rigor and seek security with learning as the casualty.

Most universities have adopted the “customer satisfaction” model as a barometer for good teaching. Teacher’s feel that their livelihoods depend on happy students. As the teacher’s employer relies on these evaluations, teachers may feel pressure to inflate grades. This teacher evaluation system also discourages student feedback and grade transparency throughout the course. Teachers sometimes accumulate raw score points without grades or distributions during the term in favor of posting one final grade at the end of the term. It’s just speculation, but providing early feedback could have some unintended consequences for faculty. Students receiving poor marks tend to drop classes rather than persevere. Also, providing low grades throughout the course could logically affect a student’s opinion of the professor and therefore affect the teacher’s evaluation.

End-of-course grades are intended to convey achievement. Our college grading scale provides a common framework and vocabulary to communicate within, between, and outside educational institutions. This vocabulary, in and of itself, is a significant benefit to our education system. These grades are used by students, other faculty, university administrators, and prospective employers to make a multitude of different decisions. Grades consistency is desired but difficult to attain. As stated, there are many problems with grading. Perhaps like most reporting systems, it’s not the system but human nature to blame.