Class size and achievement – how do they affect learning?

I can remember asking one of GradeHub’s UCI interns, “what’s been your favorite economics class so far?” She said, “Strategy.” I then asked a follow-up question of why? She responded, “because the class is intimate and small.” I then asked how small, and she said: “oh, something less than 90 students.”

Budget pressures in many states have caused class sizes to creep up on many campuses. The question arises, does student learning suffer. Surprisingly, the research on class size at the university level is mixed. In some cases, students suffered across majors, in other studies, class size affected achievement in some courses but not in others, and other research suggested achievement is correlated to teacher performance. 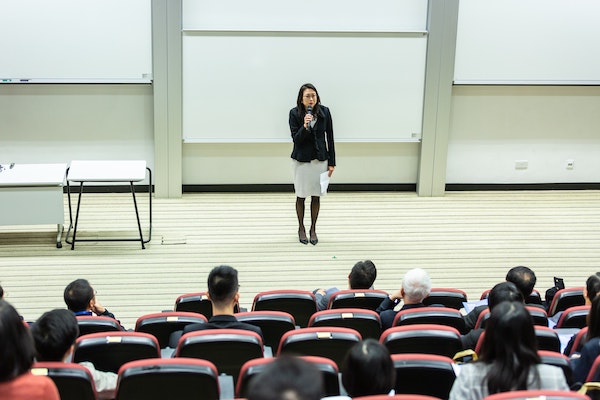 There’s a lot of class size research focused on elementary and secondary schools but much less in higher education. An article on large classes at universities published by the NEA concluded that “the most important research question of all asks if lower grades or less learning is associated with larger classes–and often, the answer has been yes.” Without modification to assignments and exams, teacher workload in large classes increases. Essay and other writing assignments give way to objective assessments, such as multiple-choice exams. Other factors backed by “copious amounts” of evidence suggest large classes lower attendance, lessen instructor-student interaction, increase cheating, and have higher dropout rates. GPA’s declined in large class sizes. In particular, sections with more than 50 students “appear to be particularly deleterious for students enrolled in lower-division classes.”

In a study by BYU, they found that math calculus classes taught in a large class section had no impact on student achievement nor dropout rates compared to smaller classes. Similar studies of university economics and accounting instruction found no significant effect on student achievement from reduced class sizes. The BYU study suggested that student achievement was more “a function of the individual teacher, rather than a function of the size alone…In particular, we must ask whether some teachers in large classes are more effective than others in small classes.”

On balance, there seems to be more research supporting the positive effects of smaller class sizes. More needs to be done to isolate the effect of class size caused by differing assessment approaches in small (i.e., more subjective) versus large (i.e., more objective) classes. It also seems reasonable that different teaching techniques and skills are useful in large class environments.